The Aveley ‘Avengers’ Junior Football Club (AJFC) is an Auskick and Junior AFL Football Club which commenced in 2014 and our home ground and club rooms are situated at Turkich Parade Oval, Bolero Road, Aveley WA 6069.

The Club currently has Auskick participants (Pre-Primary to Year 2) and conduct their training and learning skills on Saturday mornings with no home and away fixtures. The Auskickers have the opportunity to participate in a yearly gala day and play against other football teams.

The Junior Mod teams (Year 3 to Year 6) play in a home and away fixture setup with no ladder or finals in the SDFDC zone on Sundays.

The Club has expenaded into Junior Youth teams (Year 7 to Year 12) in the WAFC Central Conference zone (Swan Districts, East Perth & Perth Junior Football Club areas). The Junior Youth teams play on Sundays in a home and away fixture setup for premiership points and able to play in finals. This is the pathway to development squads, state teams, the WAFL and the AFL.

The club was awarded with their first Premiership in 2020, with the Year 9 defeating High Wycombe at Leederville Oval.

The Club has secured a second oval in Brabham to fulfil this requirement. 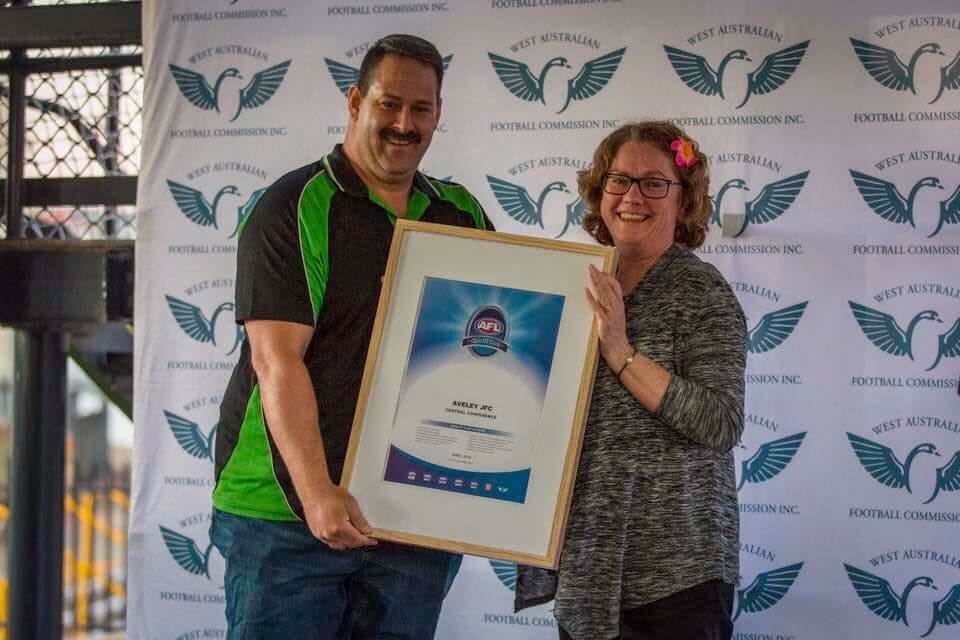 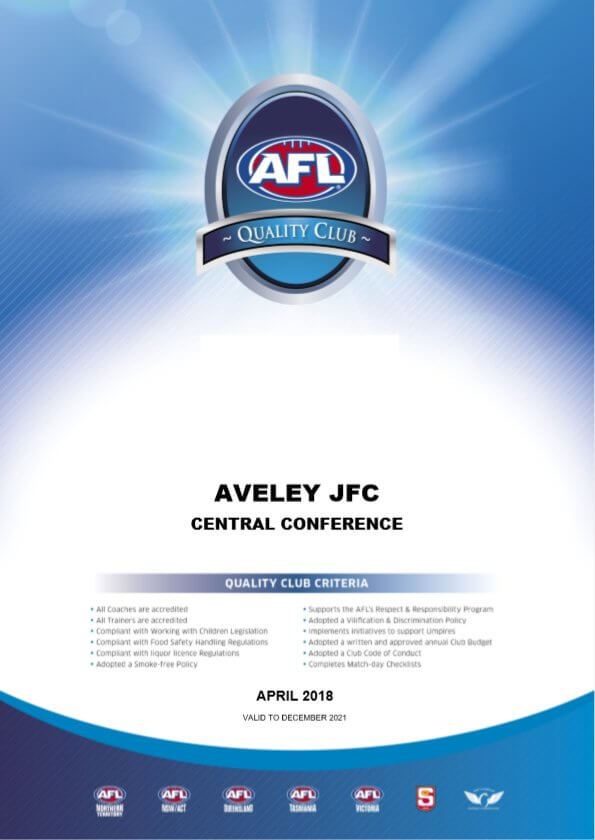 As with all community-based junior sports clubs, we are an organisation managed and run by dedicated local volunteers working within a structured governed by our club constitution, By-Laws and Code of Conduct. The financial records of the Club are recorded in an accounting software program, are audited at the end of each year and presented to the members at the Clubs AGM.

The management committee is elected by members of the Club where two parents become members when their child/ren joins the Club as a player.

The AJFC is honoured to be awarded with the AFL Quality Club status in 2018.

We welcome all players, parents and supporters to the AJFC, where you are welcome to volunteer your time and effort to help make this Club a better place for your child. Maybe your child could be the next Nat Fyfe or Nic Naitanui. 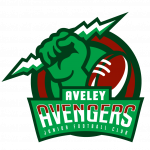